Commitment can be a very scary thing. It opens up a world of vulnerability and doubt. Wondering if you can actually make it through something and if you will be good enough. But the success and even failure of new endeavors can lead to a greater appreciation of yourself and realizations about what you thought was possible.

October 2014 through September 2015 was a crazy time for me. Little did I know I was about to become a bodybuilder, a powerlifter and a marathon racer.

To be honest, I’m not sure what exactly started it. One thing that undoubtedly made it possible was the supportive network of family, friends and co-workers that surrounded me. I had unlimited access to people with knowledge of these realms and understanding of the commitment that it took and that made the process exceptionally better.

First up, standing in a bikini (a thong, essentially) on stage while painted black with 95 other beautiful, strong women. After reading an article about how, at least once in your life you should  get as ripped as possible, the seed was planted. I’d always admired people who could push their body to the limit, but it was so difficult to convince myself I could be one of them. However, I was a good candidate because I do love extremes. I often find it far less stressful to be fully committed to something and know exactly where your boundaries lie than to be in the middle ground. 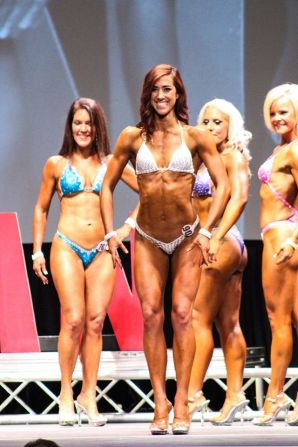 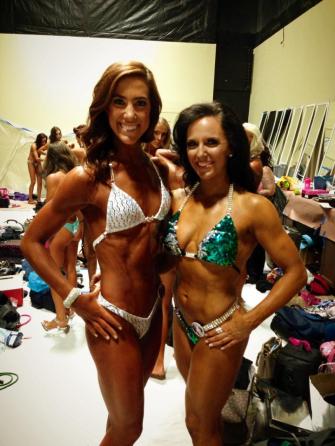 The figure competition was an incredible experience and I learned a lot about myself during that time. I learned how to put the end goal above my desire for what I wanted in the moment. And also importantly, that being painted black is super fun and tiaras aren’t just for princesses.

On a more serious note, I learned the value of seeing something all the way through. The feeling of finishing what I started and knowing I had put in all the work I could made it impossible to have regrets. It also made the pizza and ice cream afterwards taste that much better 🙂

Up next, Powerlifting. This was made possible and so much fun thanks to my coworkers at the time. AKA the Heavy Hitters Powerlifting Team. If you had told skinny freshman year of high school little-old-me that would day I would be in a Powerlifting group, I would have never believed you.

While it was fun working on my bench press and squat, my real love has always been the deadlift. And thus, the focus of my training. At a weight of 139 pounds, I was able to pull 300 pounds off the ground. The feeling of handling that weight is one of my proudest accomplishments.

What I learned most from Powerlifting was the importance of showing up. With bodybuilding, if I was super tired or didn’t feel like working out, I could just try to make it through the workout and try again the next day. But with Powerlifting, you need to move the weight, hit your numbers and keep pushing your strength forward. You have to show up and find a way to get your head in the game. Even if you were afraid you might not come back up from the bottom of a squat. Excuse the cheese, but kind of a metaphor for life right?

The last event to check off my list: the dreaded marathon. Since I’ve never gotten along well with running (or cardio in general), this was a seemingly impossible challenge. I always thought I would run a marathon at least sometime in my life, but the motivation to run this one came from an unlikely source. My boyfriend. A few of our friends had been trying to talk he and I into running a marathon with them and he had finally committed. However, I was still on the fence. Aware of my feelings about running, he mentioned that he didn’t think I would do it. Although he wasn’t implying that I couldn’t, the mention of thinking that I wouldn’t do something led me to commit at that moment.

Bad news, the marathon was only 8 weeks away. Worse news, I decided I would only train by doing one long run a week (and maybe a 1-2 mile run during the week). I was able to work up to 22 miles on my longest run before the race. 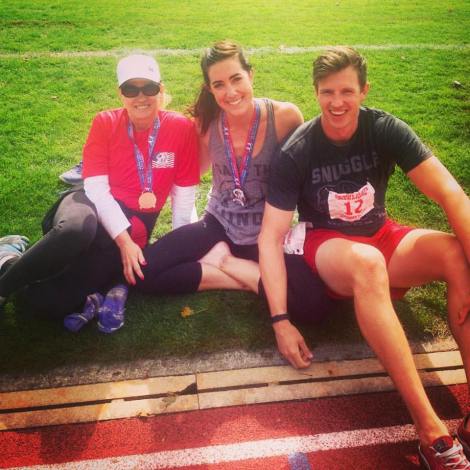 It was so painful at the time but, the feeling of accomplishment afterward was absolutely worth it. I proved that I could stick through something, even when I wanted to quit. And that just because something is difficult you don’t give up.

Also, that eating gummy bears as your source of sugar/fuel during races makes the experience a little sweeter 🙂

To wrap up: the moral of the story is that surprising yourself can be a lot of fun. You may have a goal that you’re unsure you can achieve. You may be afraid of what people will say and how they will react. But remember, I may not have ran a pretty marathon, but I committed to it and completed it. That’s what really matters. Whether it’s losing 10 pounds or running a 5K. Prove to yourself that you can attempt something, fully invest yourself in it and learn from the experience. I promise you won’t regret it. At least, not once you’ve finished 🙂

Over 20 of my Favorite recipes! 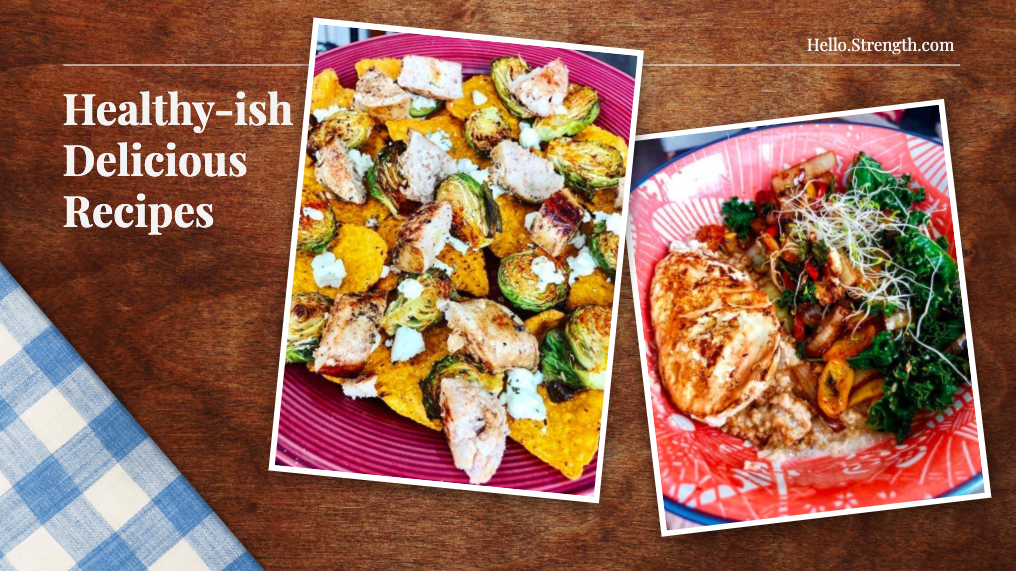 Over 20 go-to recipes for breakfast, lunch & dinner! Plus my pantry staples, how to modify for your dietary needs and more in this macro-friendly simple recipe ebook! (A one time purchase gets you access to all future ebook updates.)